Who else has held the oceans in his hand? 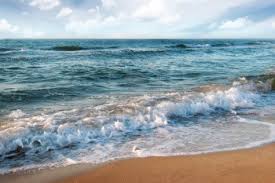 Who has measured off the heavens with his fingers?
Who else knows the weight of the earth
or has weighed the mountains and hills on a scale?
Who is able to advise the Spirit of the Lord?
Who knows enough to give him advice or teach him?
Has the Lord ever needed anyone’s advice?
Does he need instruction about what is good?
Did someone teach him what is right or show him the path of justice?
Who made these things known so long ago?
What idol ever told you they would happen?
Was it not I, the Lord?

“Where were you when I laid the earth’s foundation?
Who marked off its dimensions? Says the Lord.
Who stretched a measuring line across it? 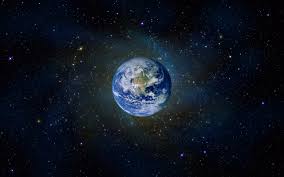 On what were its footings set, or who laid its cornerstone while the morning stars sang together and all the angels shouted for joy?
“Who shut up the sea behind doors when it burst forth from the womb, when I made the clouds its garment and wrapped it in thick darkness,  when I fixed limits for it and set its doors and bars in place,  when I said, ‘This far you may come and no farther; here is where your proud waves halt’? 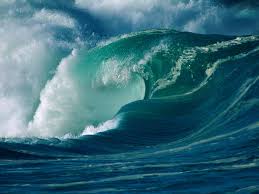 “Have you ever given orders to the morning, or shown the dawn its place,
that it might  take the earth by the edges and shake the wicked out of it?
“Have you journeyed to the springs of the sea or walked in the recesses of the deep?
Have the gates of death been shown to you?
Have you seen the gates of the deepest darkness?
Have you comprehended the vast expanses of the earth?
“What is the way to the abode of light?
And where does darkness reside?
Can you take them to their places?
Do you know the paths to their dwellings?
“Have you entered the storehouses of the snow or seen the storehouses of the hail,
which I reserve for times of trouble, for days of war and battle? 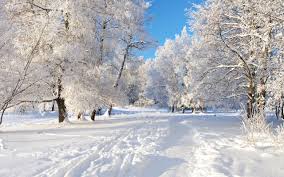 What is the way to the place where the lightning is dispersed, or the place where the east winds are scattered over the earth?
Who cuts a channel for the torrents of rain, and a path for the thunderstorm,  to water a land where no one lives, an uninhabited desert,  to satisfy a desolate wasteland and make it sprout with grass?
Does the rain have a father?
Who fathers the drops of dew?
From whose womb comes the ice?
Who gives birth to the frost from the heavens  when the waters become hard as stone, when the surface of the deep is frozen?
Can you bind the chains of the Pleiades?
Can you loosen Orion’s belt?
Can you bring forth the constellations in their seasons or lead out the Bear with its cubs?
Do you know the laws of the heavens?

Can you set up God’s dominion over the earth?
Can you raise your voice to the clouds and cover yourself with a flood of water?
Do you send the lightning bolts on their way?
Do they report to you, ‘Here we are’?
Who gives the rooster understanding?
Who has the wisdom to count the clouds?
Who can tip over the water jars of the heavens when the dust becomes hard? 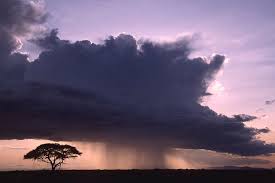 Do you hunt the prey for the lioness and satisfy the hunger of the lions?
Who provides food for the raven when its young cry out to God and wander about for lack of food?

“I am the First and the Last;  there is no other God.
Who is like me?
Let him step forward and prove to you his power.
You are my witnesses—is there any other God?
No! There is no other Rock—not one”
All the nations of the world are but a drop in the bucket.
They are nothing more than dust on the scales.
He picks up the whole earth as though it were a grain of sand. 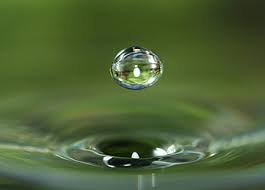 Do you know when the mountain goats give birth?
Do you watch when the doe bears her fawn?
Do you count the months till they bear?
Do you know the time they give birth?
Who let the wild donkey go free?
Who untied its ropes?
Will the wild ox consent to serve you?
Will it stay by your manger at night?
Can you hold it to the furrow with a harness?
Will it till the valleys behind you?
Will you rely on it for its great strength?
Will you leave your heavy work to it?
Can you trust it to haul in your grain and bring it to your threshing floor?
Do you give the horse its strength or clothe its neck with a flowing mane?
Do you make it leap like a locust, striking terror with its proud snorting? 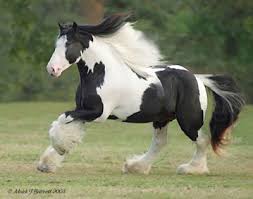 Does the hawk take flight by your wisdom and spread its wings toward the south?
Does the eagle soar at your command and build its nest on high? 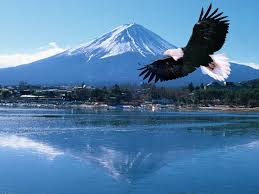 To whom can you compare God?
What image can you find to resemble him?
Can he be compared to an idol formed in a mold, overlaid with gold, and decorated with silver chains?
Haven’t you heard? Don’t you understand?
Are you deaf to the words of God—the words he gave before the world began?
Are you so ignorant?

God sits above the circle of the earth.
The people below seem like grasshoppers to him!
He spreads out the heavens like a curtain  and makes his tent from them.
He judges the great people of the world and brings them all to nothing.
They hardly get started, barely taking root, when he blows on them and they wither.  The wind carries them off like chaff.
“To whom will you compare me? Who is my equal?” asks the Holy One.

Look up into the heavens. Who created all the stars?
He brings them out like an army, one after another, calling each by its name.Because of his great power and incomparable strength, not a single one is missing.
O Jacob, how can you say the Lord does not see your troubles?
O Israel, how can you say God ignores your rights?

It was my hand that laid the foundations of the earth,
my right hand that spread out the heavens above.
When I call out the stars, they all appear in order 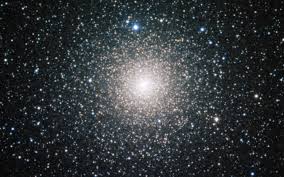 The Lord is the everlasting God, the Creator of all the earth. He never grows weak or weary. No one can measure the depths of his understanding. He gives power to the weak and strength to the powerless.Even youths will become weak and tired, and young men will fall in exhaustion.But those who trust in the Lord will find new strength.
They will soar high on wings like eagles. They will run and not grow weary.They will walk and not faint.

One thought on “Answer Him, if you can……”