Here the scene is set in the garden of Eden and it seems Eve is alone with the Serpent. I noticed that Eve started the conversation, in my mind, I always thought it was the Serpent. Who is the Serpent? We’re told in Revelation 12:9 and Revelation 20:2 that the Serpent of old, also known as the great dragon is called the devil and satan – who deceives the whole world. Secondly, what was the serpent (satan) doing in the garden? Let’s look at Job for a moment; Satan is before the Lord God and God asks him where he’s been and Satan replies ” From going to and fro on the earth and walking back and forth on it” The conversation goes on and satan mentions he’s watching Job, but Job has a wall of protection around him on every side. Satan roams the earth looking for someone to devour and that ‘s exactly what he was doing in the Garden as he was watching Eve. 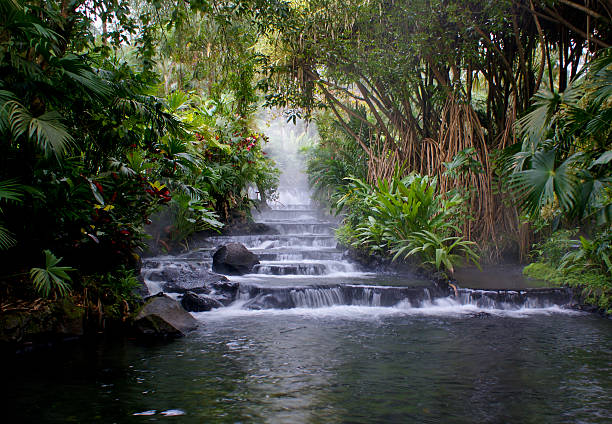 Let’s look at this situation, Eve in the garden and see’s satan, she should have never opened a door to talk to this deceitful creature, but she did. (And we’re told that it was known that this creature was ” more cunning than any beast of the field which the Lord God had made”.) Take note here, don’t open doors of wickedness, don’t open doors to communicate with satan, it will lead to ruin. So here we are, satan is watching these two creations of God , he’s waiting and watching for an opportunity. To prove this, look at Genesis 4:6-7 when the Lord speaks to Cain “And if you do not do well, sin lies at the door. And its desire is for you, but you should rule over it.”  See that? Sin is waiting at the door. Back to our scene, the devil is there watching Eve look at the tree and Eve begins conversation. The devil knows exactly how to twist truth. With every hidden lie is some truth, so discernment is always needed. The serpent says : “You will not surely die.  For God knows that in the day you eat of it your eyes will be opened, and you will be like God, knowing good and evil.”- The words are so deceitful, its truth but a lie. I say he’s like a wicked attorney who twists the truth. You must be well skilled and knowledgeable in God’s word to be able discern the lies of falsehood and false teachings .

We know what’s next, Eve takes the forbidden fruit, eats it and then gives it to her husband. For this mistake of Eve, the bible says women are not to teach or have authority over man. Read 1 Timothy 2:12 ” And I do not permit a woman to teach or to have authority over a man, but to be in silence.  For Adam was formed first, then Eve.  And Adam was not deceived, but the woman being deceived, fell into transgression. (She is allowed to teach, you’ll see that in Titus 2:3, but see the specifications in the scripture, and there are woman prophets) I’m not going into detail to explain this, the scripture is clear and understandable if you read and search for it.  If anything, the takeaway point is to be VERY careful NOT to be deceived – remember scripture tells us in the last days, even the elect may be deceived so keep yourself from wrong teachings – run from it.

I wonder if Eve could understand the concept of death or if she really knew what it was. Now Adam eats the fruit, at first I wondered if he knew, but in verse 12 it says he tells God what he ate , however in 1 Timothy 2:14 it says Adam was not deceived, so really I don’t know if he knew initially what he was eating. If he didn’t, wow, very uncool and sneaky of Eve. “ From this one man, sin entered the world and death through sin and death spread to all men, because all sinned” ( it entered and spread – why did they add spread? makes me wonder if other people were on the earth at this point and sin spread to all of them because of this sin) However! there is good news : For if by the one man’s offense many died, much more the grace of God and the gift by the grace of the one Man, Jesus Christ, abounded to many

Therefore, just as through one man sin entered the world, and death through sin, and thus death spread to all men, because all sinned—  (For until the law sin was in the world, but sin is not imputed when there is no law.  Nevertheless death reigned from Adam to Moses, even over those who had not sinned according to the likeness of the transgression of Adam, who is a type of Him who was to come.  But the free gift is not like the [e]offense. For if by the one man’s offense many died, much more the grace of God and the gift by the grace of the one Man, Jesus Christ, abounded to many.  And the gift is not like that which came through the one who sinned. For the judgment which came from one offense resulted in condemnation, but the free gift which came from many offenses resulted in justification.  For if by the one man’s offense death reigned through the one, much more those who receive abundance of grace and of the gift of righteousness will reign in life through the One, Jesus Christ.) Romans 5: 12-17

When Eve ate the fruit, her eyes were not opened. It wasn’t until they both ate that  the eyes of both of them were opened and they knew they were naked. I think they had clothes of light before this and lost it, I have nothing to back that up , I don’t know, it’s just something I think may have been possible.

The curse Adam received was that the ground would now be very difficult to cultivate. Thorns and thistles would come forth and by the sweat of his face he will eat, in other words, things aren’t going to be so easy anymore. Work work work and get very little in return. Further on in the next chapter ,  the curse is furthered because of the sin of Cain- the ground would no longer yield for him – don’t know if it was on just him or all, but innocent blood pollutes the land so I think after Cain, farming was no longer yielding fruit or barely enough. You’ll see in later in Genesis, an interesting thing is said when Noah, a preacher of righteousness, is born :

Lamech lived one hundred and eighty-two years, and had a son.  And he called his name Noah, saying, “This one will comfort us concerning our work and the toil of our hands, because of the ground which the Lord has cursed.”  After he begot Noah, Lamech lived five hundred and ninety-five years, and had sons and daughters.  So all the days of Lamech were seven hundred and seventy-seven years; and he died.32 And Noah was five hundred years old, and Noah begot Shem, Ham, and Japheth.

and later, after the flood, Noah builds and altar and when the Lord smelled the aroma,  the Lord said in His heart ““I will never again curse the ground because of the human race, even though everything they think or imagine is bent toward evil from childhood. I will never again destroy all living things.  As long as the earth remains, there will be planting and harvest, cold and heat, summer and winter, day and night.” Genesis 8

With the new start of Noah’s generation,  the land was no longer as cursed as it was.

After Adam and Eve ate the fruit, they sewed fig leaves to cover themselves and hid…..God is walking through the garden calling for them, can you imagine that? Such a close relationship to their maker!  God ends up cursing the snake – and says you are cursed more than the cattle -whoaaaa, the cattle are cursed? yes, it seems so. Going back to Gen 1 maybe the animals weren’t blessed like the fish, birds and mankind. Next, God curses Eve and its not good. Finally God cursed man “ Because you have heeded the voice of your wife, and have eaten from the tree of which I commanded you, saying You shall not eat of it”

“Cursed is the ground for your sake;
In toil you shall eat of it
All the days of your life.
18 Both thorns and thistles it shall [f]bring forth for you,
And you shall eat the herb of the field.
19 In the sweat of your face you shall eat bread
Till you return to the ground,
For out of it you were taken;
For dust you are,
And to dust you shall return

and after all this Adam names his wife Eve, again here I could be wrong, but because she didn’t have a specific name yet, I’m wondering if she fell into sin very soon after her creation.  Then God made tunics of skin for them and clothed them. So what do we see? An animal or animals are killed for them, it probably was the first death they experienced. God’s creation killed, and yet, we see God’s kindness towards them.

He punishes, but he still loves them.

So much is in these chapters, click here to read the Chapter.

But if you have doubts about whether or not you should eat something, you are sinning if you go ahead and do it. For you are not following your convictions. If you do anything you believe is not right, you are sinning. Romans 14:23