Make allowance for each other’s faults, and forgive anyone who offends you. Remember, the Lord forgave you, so you must forgive others. Colossians 3:13

This song has been chasing me around all week.  Everytime someone has really got me mad or upset, suddenly this song is playing…and it’s one of those songs that stays in your head forever! It’s driving me crazy! I can’t stay mad, the song convicts me until I’ve completely forgiven the person. All my plots of sweet revenge have been smothered out.

If we want the Lord to forgive our sins, we must forgive others:

But when you are praying, first forgive anyone you are holding a grudge against, so that your Father in heaven will forgive your sins, too.Mark 11:25 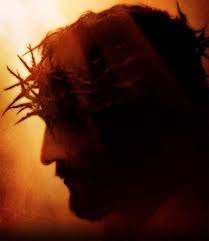 I remember the strength of the Lord Jesus. He walked in silence as His accusers lied about him, accused Him, and said horrible things about Him. Jesus said, “Father, forgive them, for they don’t know what they are doing “. Could you have walked that walk with love?  Isaiah describes that moment:

He was oppressed and afflicted,
yet he did not open his mouth;
he was led like a lamb to the slaughter,
and as a sheep before its shearers is silent,
so he did not open his mouth.
By oppression and judgment he was taken away.
Yet who of his generation protested?
For he was cut off from the land of the living;
for the transgression of my people he was punished Isaiah 53;7

Luke 23 records that moment: The crowd watched and the leaders scoffed. “He saved others,” they said, “let him save himself if he is really God’s Messiah, the Chosen One.”  The soldiers mocked him, too, by offering him a drink of sour wine.  They called out to him, “If you are the King of the Jews, save yourself!”  A sign was fastened above him with these words: “This is the King of the Jews.” One of the criminals hanging beside him scoffed, “So you’re the Messiah, are you? Prove it by saving yourself—and us, too, while you’re at it  Luke 23

I’m going to honest with you…I don’t always want to forgive. I sometimes want revenge and other times I think I just want to be mad a little bit longer and then I’ll forgive. I’ve gotten better, but I still run into situations/ people that disturb me. I’ve noticed the Lord’s blessings in my life for all the times I’ve forgiven. The Lord blesses me when I forgive and keep peace.

Since God chose you to be the holy people he loves, you must clothe yourselves with tender-hearted mercy, kindness, humility, gentleness, and patience.  Make allowance for each other’s faults, and forgive anyone who offends you. Remember, the Lord forgave you, so you must forgive others.  Above all, clothe yourselves with love, which binds us all together in perfect harmony.  And let the peace that comes from Christ rule in your hearts. For as members of one body you are called to live in peace. And always be thankful. Colossians 3:12-15

Get rid of all bitterness, rage, anger, harsh words, and slander, as well as all types of evil behavior. Instead, be kind to each other, tenderhearted, forgiving one another, just as God through Christ has forgiven you. Ephesians 4:31-32

And he took a cup of wine and gave thanks to God for it. He gave it to them and said, “Each of you drink from it, for this is my blood, which confirms the covenant between God and his people. It is poured out as a sacrifice to forgive the sins of many. Mark 26:27

70 x 70
Sometimes we need forgive the same thing a million times:
(you know when you forgive someone from your heart, and it pops back in again… we have to forgive again….oh here it comes again…. forgive again and again and again until you know you have completely forgiven that person- and it’s more than lip service – God checks your heart. You can’t sneak out of this one)

Then Peter came to him and asked, “Lord, how often should I forgive someone who sins against me? Seven times?” “No, not seven times,” Jesus replied, “but seventy times seven!
“Therefore, the Kingdom of Heaven can be compared to a king who decided to bring his accounts up to date with servants who had borrowed money from him. 24 In the process, one of his debtors was brought in who owed him millions of dollars. He couldn’t pay, so his master ordered that he be sold—along with his wife, his children, and everything he owned—to pay the debt.
“But the man fell down before his master and begged him, ‘Please, be patient with me, and I will pay it all.’ 27 Then his master was filled with pity for him, and he released him and forgave his debt.
Jesus taught us this parable on Forgiveness: “But when the man left the king, he went to a fellow servant who owed him a few thousand dollars. He grabbed him by the throat and demanded instant payment.
“His fellow servant fell down before him and begged for a little more time. ‘Be patient with me, and I will pay it,’ he pleaded. 30 But his creditor wouldn’t wait. He had the man arrested and put in prison until the debt could be paid in full.
31 “When some of the other servants saw this, they were very upset. They went to the king and told him everything that had happened. 32 Then the king called in the man he had forgiven and said, ‘You evil servant! I forgave you that tremendous debt because you pleaded with me. 33 Shouldn’t you have mercy on your fellow servant, just as I had mercy on you?’ 34 Then the angry king sent the man to prison to be tortured until he had paid his entire debt.  “That’s what my heavenly Father will do to you if you refuse to forgive your brothers and sisters from your heart.”

Okay TWO things in this parable are really important!

Revenge belongs to the Lord
Proverbs 20:22 Don’t say, “I will get even for this wrong.” Wait for the Lord to handle the matter

“But to you who are willing to listen, I say, love your enemies! Do good to those who hate you.  Bless those who curse you. Pray for those who hurt you. 9 If someone slaps you on one cheek, offer the other cheek also. If someone demands your coat, offer your shirt also.  Give to anyone who asks; and when things are taken away from you, don’t try to get them back. 31 Do to others as you would like them to do to you.  “If you love only those who love you, why should you get credit for that? Even sinners love those who love them!  And if you do good only to those who do good to you, why should you get credit? Even sinners do that much!  And if you lend money only to those who can repay you, why should you get credit? Even sinners will lend to other sinners for a full return.
“Love your enemies! Do good to them. Lend to them without expecting to be repaid. Then your reward from heaven will be very great, and you will truly be acting as children of the Most High, for he is kind to those who are unthankful and wicked. 36 You must be compassionate, just as your Father is compassionate.

“If another believer sins, rebuke that person; then if there is repentance, forgive.  Even if that person wrongs you seven times a day and each time turns again and asks forgiveness, you must forgive Luke 17

Reality Check: Sometimes I have hurt others 🙁 Say your Sorry!
Therefore, if you are offering your gift at the altar and there remember that your brother or sister has something against you,  leave your gift there in front of the altar. First go and be reconciled to them; then come and offer your gift. Matthew 5:23

Remember what Jesus did for you

It was also written that this message would be proclaimed in the authority of his name to all the nations, beginning in Jerusalem: ‘There is forgiveness of sins for all who repent.Luke 24:47

I am writing to you who are God’s children because your sins have been forgiven through Jesus. 1 John 2:12

If we claim we have no sin, we are only fooling ourselves and not living in the truth.  But if we confess our sins to him, he is faithful and just to forgive us our sins and to cleanse us from all wickedness.  If we claim we have not sinned, we are calling God a liar and showing that his word has no place in our hearts 1 John 1:9

For the sin of this one man, Adam, brought death to many. But even greater is God’s wonderful grace and his gift of forgiveness to many through this other man, Jesus Christ. Romans 5:15

He forgives all my sins and heals all my diseases Psalm 103:3

More lessons the Lord has taught me on this: God wants us to live in unity – the Power of unity ,  Unity- can’t we all just get along? and a vision the Lord gave me as I struggled to forgive : Don’t let the sun go down on your anger and wearing the shoes of peace

” In everything we do, we show that we are true ministers of God. We patiently endure troubles and hardships and calamities of every kind.  We have been beaten, been put in prison, faced angry mobs, worked to exhaustion, endured sleepless nights, and gone without food.  We prove ourselves by our purity, our understanding, our patience, our kindness, by the Holy Spirit within us, and by our sincere love. We faithfully preach the truth. God’s power is working in us. We use the weapons of righteousness in the right hand for attack and the left hand for defense.  We serve God whether people honor us or despise us, whether they slander us or praise us. We are honest, but they call us impostors.  We are ignored, even though we are well known. We live close to death, but we are still alive. We have been beaten, but we have not been killed.  Our hearts ache, but we always have joy. We are poor, but we give spiritual riches to others. We own nothing, and yet we have everything.Related articles 2 Cor 6:5-

7 thoughts on “Forgiveness: make allowance for each other’s faults Colossians 3”